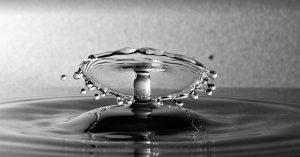 David who took the above picture said: “On Monday Basingstoke Makerspace held a ‘photographing drops’ session. I think this is my favourite shot of the night from my camera.
It’s also given me an idea for a project I want to try.”

We used  a Speed-light flash and a Pluto trigger together with a triggered drop release mechanism to produce reproducible drops. 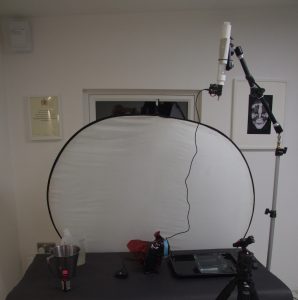 After a falling water drop splashes into  a bowl of water  a crown is forme  from displaced water. the bulk of the drop remains intact and enters the water. In the following picture  the crown can be seen with  a second drop timed to fall artistically just above the crown. 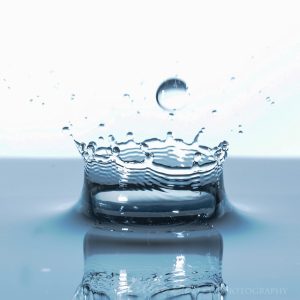 As the initial drop enters the water in the centre of the crown it displaces water in the bowl upwards. This  slows the drop’s downward speed until it stops. At this point it starts to moves up  pushed by the displaced water.  When it reaches the surface it breaks out of the  surface with surface tension forming  a stalk with some fraction of the original drip on the top.  The remains of the crown can be seen spreading out. 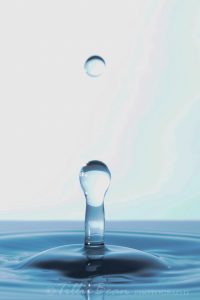 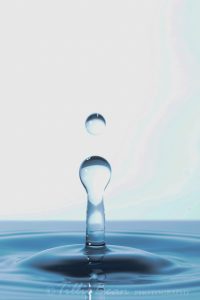 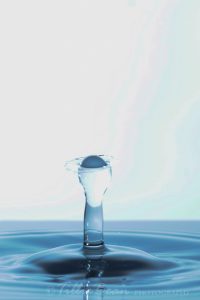 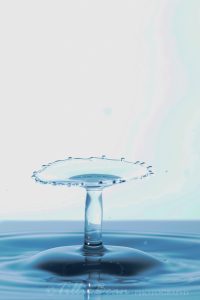 We then added a second drip to collide with  the upward rising stalk from a previous drop. When the two collide the wine-glass-bottom shape is produced.

Makerspace Members get full 24/7 access to the Makerspace and its studio.